AYAX awarded in the Prizes Commitment to the best use of technologies.

AYAX awarded in the Prizes Commitment to the best use of technologies.

Develop in Spain, Portugal and Gibraltar. More than one hundred representatives of the

Collective mediator in its majority.

Juan Arsuaga, president and CEO of Lloyd's Iberia was in charge of presenting the event. Arsuaga

Began by stating that "despite the soft market and poor regulation, subscription agencies

Are fully settled in Spain, with a very high level of service to its customers, brokers and

A wide range of specialized products. We hope that in the next transposition of the IDD into

Subscription agencies can obtain the European passport, as

Have their counterparts in other EU countries. " 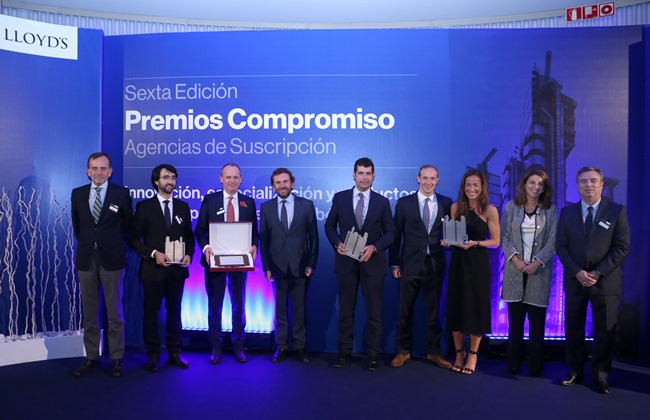 The awards to the various award categories ( "Most Entrepreneurial Company"),

"Star Product" and "Best Use of Technologies") were as follows:

• AYAX was awarded for the best use of technologies.

• ANV received the award for its flagship product.

• Innova Risk by the most innovative subscription agency.

• Tokio Marine Kiln received a plaque for the most valued Lloyd's union.